A bit of an update

I've been struggling lately. My running has been ticking over, I have been making time for it as best as I can. Work has been all consuming for several months now and it recently reached a point where I just couldn't cope anymore. My way of dealing with this was to erupt in an explosion of stress and emotion that has been building up since I'd say April time, with threats to quit and tantrums. Those who know me, know I love my job, I love the company I work for, have a great boss but lately the load has gotten too much, too many times in recent months I've hidden in the toilets crying, spent nights awake worrying how I will ever get through the ever increasing pile of work landing in my inbox constantly and as a result and the work life balance has become way off kilter and I've had to make a promise to myself to do something pro-active about this, which is easier said than done.

I've also been hyper aware of the effect it has been having on my mental state and as such have been trying to ensure that I get out running even if for 20 - 30 mins, I try to meditate daily, read a bit more, avoid negative situations. I'm not really doing any quality sessions at the moment, I'm just ticking over but I feel as though it is keeping me from sliding in to the abyss I know that I'm capable of, for those who read my blog on depression a while back, no fear. I'm still in control of things. Though, I won't lie, I have been a bit concerned and have been forced to revisit the tools I have in my toolbox, however the units of alcohol and cigarettes has reached a bit of a peak which needs addressing separately.

I recently set up a Wednesday evening trail running group round some incredible woodlands not too far from where I live which has turned out to be pretty popular and has created a firm commitment in my diary to 1) look forward to and 2) tell my boss (and myself) that I need to leave on time that one day of the week.
Every week, I look forward to this, Conrad is generally taking charge of planning the routes and each week we've been treated to something different. There have been castles (apparently - it was dark, no castle was seen), windmills, canals, spooky woods, doggers, naked hikers and lots of fun. What's more, I've met some really nice new people to share this with who also seem genuinely happy to have a group of people to run round the woods in the dark with! 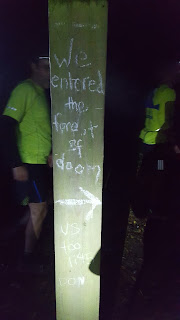 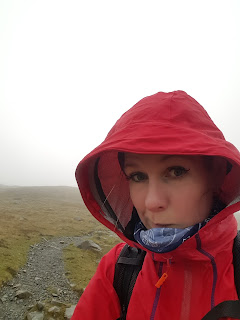 The weekend just gone, Doug and I took a trip to the Lakes for this years' OMM. We had entered the Short Score course this year as there was no D course. The day before, we had incredible weather. Crisp and Sunny and bright. We had to wait a few hours for our bus to the camp site so we took a walk and had a few beers.

We had the big tent for the night before which was much more comfortable than the little one man lightweight one we run with. We had a pretty decent sleep, improved more so by the late start time we'd been lucky to have.

We woke up the next day to high winds, and low cloud with lots of rain in. We packed up our stuff, packed up everything we'd need for the next 36 hours and headed to the start.

Taking our map and being released into the Lakeland hills we took a few minutes to make a vague plan. On paper the terrain looked not too bad - lots of accessible trails, lots of controls to choose from. We made a small error on the first one, overshooting the stream and searching around the wrong one for a time. We then climbed up a big fucking hill. The wind was whipping up as we climbed, and the clag was down, reaching the top a couple were coming towards us. They'd decided to retire as the wind was knocking them off their feet. Once over the top, I could see why. I was getting blown around all over the place but as we descended the other side the wind dropped as we were protected more by the high hills around us.

We had 5 hours to get as many check points as possible and managed to get a couple of high scoring ones. We took a risk on a 40 pointer, knowing it would probably make us late back (you lose 2 points per minute) but hoping that the net gain would be worth it.

The terrain was much harder than anticipated. The wet rocks made it technical, the winds made it cold the rain made our clothes heavy. 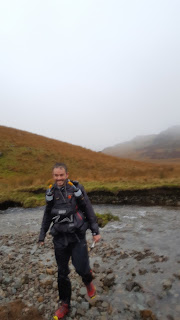 We made it back 13 minutes late and surprisingly in 31st place out of 137 and 6th mixed pair - for us, this was a very good result. We searched for a patch of grass that wasn't an inch deep in water, but the rain had stopped now and it was still light putting up our tent, in the water logged field.

We made some dinner and had a couple of cans of G&T and got our heads down for an early night - there's not much to do once it's got dark in a tiny tent barely big enough for one. The clocks also go back on OMM weekend so it's actually the one night of the year I get more than 12 hours sleep! 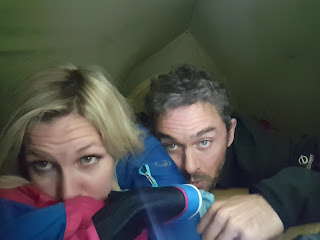 During the night, the rain and wind shook our tent, I was praying it would stay up so we didn't have to get out and fight the wind to peg it down. Fortunately it stayed put and we woke up around 7.30 to some noise outside (no bagpipes this year), made some coffee and breakfast, re-packed and headed to the start once more. 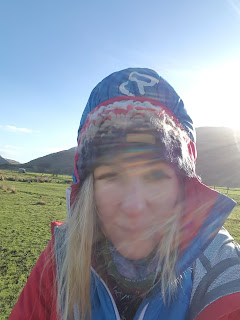 The map didn't really offer much interest for me, we could either go back over the side we'd explored yesterday, which I wasn't keen on, or stay east and adventure a new area.

Doug wanted to go west, I wanted to go east. East won. However, immediately we found ourselves wrong, in a bit of an argument and wasting 25 mins trying to get to a relatively simple control. We bagged one more after traipsing across wide high fells into some crags.

The next control, looked fairly easy. However, taking for granted the trail, or was it a sheep track, or was it rain water run off? We spent the next 2 hours searching for a control in a crag. We only had 4 hours today and had only managed to get 50 points. If we got back in time, we'd retain them at least but then we thought we found the right crag. Alas, another wasted 30 minutes and a hurried return to the finish, saw us with 28 penalty points and dropping down the results table to 73rd!

Still, we had a lovely day, made it back in time for the coach, a beer and some dinner in the pub and a nice train journey home.

What's next? 2 weeks in Thailand, a 40 miler in Brecon and Doug has apparently put an entry in for Marmot Dark Mountains which is going to certainly test our nav and patience with one another! Then I'm going to have a good crack at a good London Marathon time.