Life after The Spine.

It's fair to say The Spine took it's toll on various aspects of my life. Not to say it's all been bad and knowing I've not got to go back to tackle it again is a great feeling but also somehow bittersweet. I've got January to look forward to doing Cross Country and normal stuff!

I've had a pretty good year so far, After the spine, Robbie and I agreed we'd work on shorter stuff through the spring and early summer and not rush back into things too hard and let my body and mind recover. I had some shorter event targets in mind, and with work becoming increasingly challenging and time consuming I felt it was time to put other things before running and focus on quality training. 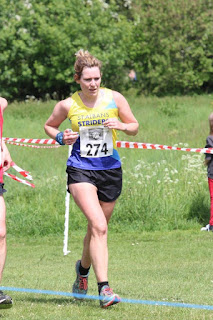 I bounced back surprisingly well, with a win at the Might Contain Nuts 10 mile trail race in March, followed the next day by a birthday 10k road race with some friends where I placed well. I've been desperately trying to get my park run below 20 minutes too which is becoming a bit embarrassing now! I'm 11 seconds off, but determined to get there by the end of the summer.


May was a great training month with a trip to the lakes (more on that later) and an amazing week in
Morzine running up and down the trails there, Robbie also talked me into a hellish 15k mountain race whilst I was out there. It was so hard. It climbed 1000m and pissed down with rain. That and being at a decent altitude to make me breath extra hard - Of course him and Nats both own the mountains round those parts and both bagged podium spots. It was nice to see Robbie and Nats though and experience a proper mountain race. 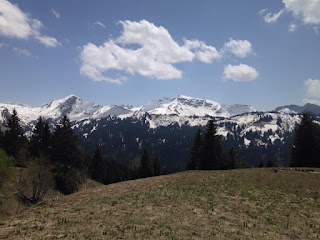 I've been enjoying some track racing, 10k trail races and some club champs events and am loving the endorphins you get from the short fast events. I even won a 3000m race in Abu Dhabi round the F1 track which was an incredible experience!


Two weeks ago, I took part in the Snowdon Race, which I bloody love! 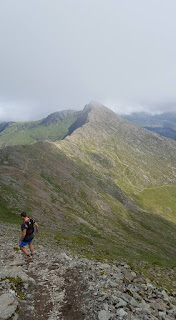 10 miles straight up 1000m of Snowdon and straight back down. Again, I placed well in a very competitive field of international fell runners and really felt like I've improved my hill work (Up as well as down) and felt really confident, I felt a bit bad as this is kind of Chris' race which I've jumped on the back of and he's much more of a fell runner than me, and I snuck over the finish line just under a minute ahead, with Doug sneaking in the same time in front of me. The following day Doug and I spent the day hiking about Snowdonia. 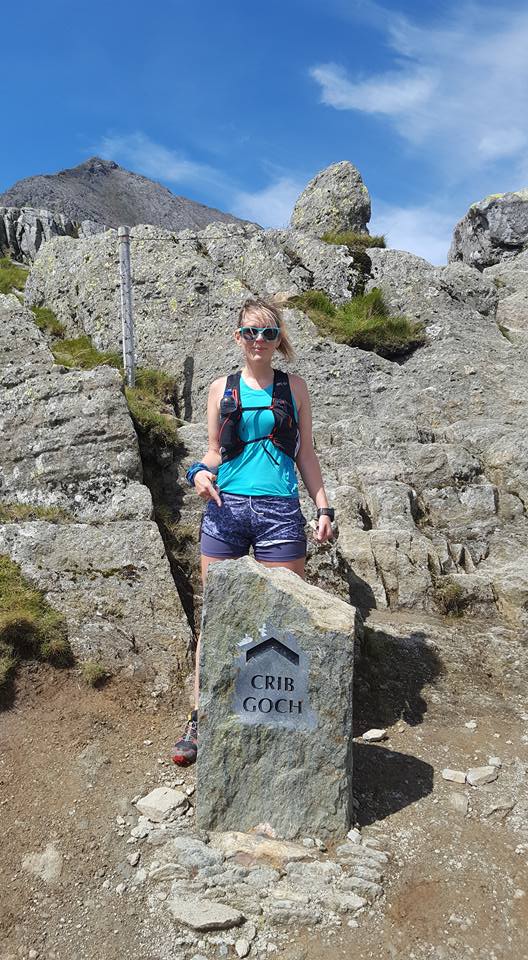 My 2nd goal race of the year however has been Lakeland 50. I've been looking forward to this for months. I don't normally approve of reccying courses. It feels a bit like cheating. But I had some serious goals in mind so wanted to prepare myself by knowing the terrain, learning the route and preparing my legs for those 3000 odd meters of ascent and dare I say it, be competitive. 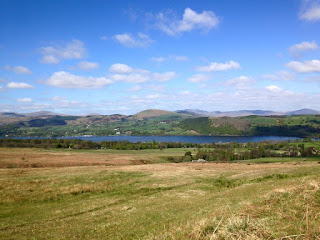 Over Easter Doug and I took a trip to the lake district with the intention of reccying most of the route over two days. This didn't go well. Neither of us took a map or a GPS with the route loaded on to it. All we had was a printed out road book. After 16k of hills in the pissing rain, we found ourselves lost, on top of the wrong hill with a handful of disintegrated papier machet. We abandoned the recce and spent several hours trying to find our way back to our B&B to drink beer.

Before I went to Morzine, I headed up to the Lakes once more, alone this time and got hold of the correct map, road book and took a compass! ON the Saturday I ran/hiked the 28 miles from Dalemain to Ambleside, briefly going wrong but righting myself and getting on towards Kentmere. Somewhere between Mardale Head and Kentmere, I took the most ridiculous wrong turn. I don't even know what I was thinking. I turned off the route and scrambled up a gnarly mountain. After 2 hours scrabbling about, I finally dragged myself through some shrubbery into a farm where I begged for some fresh water as I'd run out hours before in 28 degree heat. 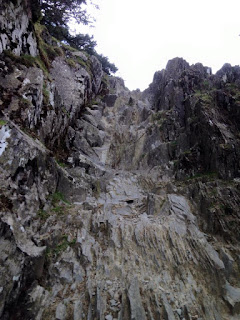 The rest of the recce to Ambleside was uneventful and I rolled into the backpackers hostel, showered and went to get myself a beer and food. The next day, I drove to Coniston, dropped off my car, got the bus back and ran the 16 or so miles Coniston. This part of the route is really runnable on the whole. A few big climbs naturally but I was surprised to arrive in such good time.

I went home feeling positive. I'd heard terrifying things about this course. But it all felt pretty manageable. Don't get me wrong, there are some big long hikes where it's not possible to run but it was a pretty runnable route compared to the likes of say the Dragon's Back which I'd been expecting it to be more like. I tentatively suggested my goal to Robbie (a 10 hour something time limit). There. It was out there. 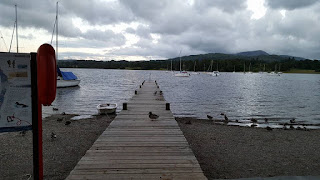 Four weeks ago I went back to recce once more. To fine tune the bits where I'd gone wrong, having done plenty of hill training, I also wanted to see if I could actually run up any of the hills now. To my surprise I could! (well the ones early on when I was fresh anyway) I had a fantastic time, apart from taking the wrong fork up over High/Low cop and being in the rain, couldn't be arsed to get my map out, then later to find I'd lost my compass and descended into the wrong valley and continued to go round and round and up and down the same hill twice. (I clocked an extra 10k in this detour!)

The rest of the trip back to Ambleside was spot on, and the weather was kind beyond that. Even with the detour I got back in a decent time. The next day, once more I made my way to Coniston. I really enjoyed myself, the weather was perfect, I was loving scampering over the last few km in the sunshine, and knowing I had to catch the bus back to get my car I had to put my foot down a bit.

Driving home, thinking about the times I'd take over the sections, I felt it was well within me to get a sub 12 hour race, the dream was to get 10 something. So I set myself a few options. Some  which I'd share with others;

To complete in less than half the time allowed (i.e. under 12 hours)
To complete in between 10 and 12 hours.
My quiet target - 10 something and a top 10 ladies position.